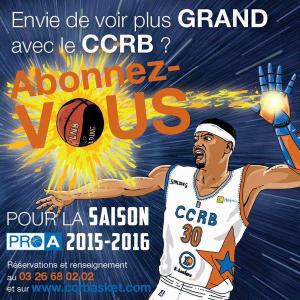 Fun as it would be to join this French basketball team, I’ll be joining the CCRB that handles allegations of police misconduct.

In July of 1993, after decades of activism, New York City’s Civilian Complaint Review Board opened its doors. For the first time, New Yorkers alleging misconduct by the police could seek redress at an independent civilian agency. Twenty-two years later, I am thrilled to announce that I am joining the CCRB as its Legal & Policy Analyst. At a time when police-community relations are fraught with tension in New York City and across the country, it is hard to think of a more meaningful way to devote my energies.

New Yorkers have been able to file complaints claiming police misconduct since the 1950s, but it was not until late in the Dinkins administration that the agency was given civilian leadership and independence from the NYPD. Unfortunately, during much of the CCRB’s existence it has suffered from underfunding and messy political battles. Mayor de Blasio’s appointment of longtime civil rights attorney Richard Emery as Chair of the CCRB Board in 2014 signaled a new direction, as did Emery’s subsequent hiring of Mina Malik as Executive Director. My role at the CCRB will be to draft policy reports that assess the relationship between the police department and New York City residents.   This is an agency that can do a lot of good for New Yorkers, and I am fired up to join its team.

Unfortunately, this will spell the end of Janos.nyc as we know it. When I launched this project six months ago, I was excited (and nervous) about writing fulltime, the realization of a longtime dream. At the time I was quite burnt out on local politics and the law, and felt inspired by New York City history. I hoped that the magical stories from the city’s past would draw residents closer to it in the present – a more organic form of civic engagement than my usual preaching.

The half-year journey has taught me a lot about myself, about writing, and about New York City. Logistically, writing full-time, on my own while combating New York’s endless distractions proved very challenging. Financially, writing full-time was nearly impossible, and I am forever grateful to everyone who supported Janos.nyc’s crowdfunding campaign. Finally, it was disappointing not to put together live events, but between my knee surgery, wedding planning, and the general difficulty of solo event-planning, the bandwidth just wasn’t there. For all of Janos.nyc’s shortcomings, however, it was heartening to see all of the great history-related projects transpiring across the city.

I began Janos.nyc with a very loose agenda to write about New York City social and political history, occasionally dabbling in current events. The “Today in NYC” series became a fun way to engage with different corners of the city’s past on a daily basis, and I will likely keep those coming via social media, albeit in sentence-long form rather than articles.

The most exciting byproduct of Janos.nyc was commencing my book on the history of Williamsburg. The idea came to me when I looked for and failed to find a catchy but thorough narrative on my favorite neighborhood. That side project has been a joy to work on, is going well, and will continue, for however long it takes.

Some thank yous are in order: to Michelle Young at Untapped Cities for cross-posting so much of my work; to my wife Anna for supporting this unconventional career experiment; and, finally,to the many great historians of New York City, professional and amateur, whose books, articles and conversations I relied on for generating all of this content. I will miss New York City history more than it will miss me, and in six months I only covered a tiny fraction of it. But as MJ once said, “If this town is just an apple, let me take a bite.”

Hopefully this has been enjoyable internet surf spot for all of you. Please come back to read old articles you missed, and catch you down the road.

5 thoughts on “Farewell, For Now”