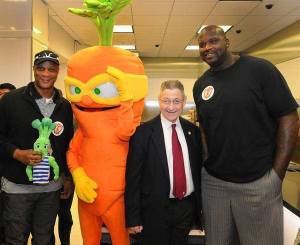 No rest until Silver is the least powerful of the group.

For a brief moment on Sunday night, newspapers were reporting that Sheldon Silver had stepped down as Speaker. Now his spokesman is claiming that he is not relinquishing power, only temporarily stepping aside to focus on his legal case while five senior Assemblymembers handle the budget and legislative issues. This is not good enough. Sheldon Silver must resign as Speaker permanently, and relinquish all of his power running the New York State Assembly.

(For a recap of why Silver is the worst, check out Thursday’s piece.)

The support New York Democrats have shown for Sheldon Silver during this past week has been appalling. In the years I have observed politics, I cannot think of another issue in which elected officials were so out of touch with their constituents. After the State Assembly Speaker was arrested by the Department of Justice for corruption charges last Thursday, Mayor Bill de Blasio called him “a man of integrity.” Silver’s deputy in the Assembly, Joe Morelle, said the Democratic caucus “overwhelmingly supported him.” Manhattan Assemblymember Dick Gottfriend called the caucus’ support “enthusiastic.” My Assemblymember, Joe Lentol, said Silver deserved the “presumption of innocence.” Queens Assemblymember Jeffion Aubry may have taken the cake by claiming that Silver remaining as Speaker “says that Democracy still works.”

Democrats have given several reasons for their steadfast loyalty, and several more can be inferred. Stated reasons included Silver’s “presumed innocence” and his importance to the budget process. However, Silver’s history and the mountain of evidence U.S. Attorney Preet Bharara has amassed against him counsel against claims of innocence, and Silver’s temporary abdication of power renders moot the original argument that his leadership this winter session was essential.

Inferred reasons for Democratic loyalty include members’ fear of retribution and fear of an unknown future. Silver’s history of retribution against political foes is legendary, but assuming he survives this investigation, his powers of retaliation will be much diminished while the U.S. Attorney’s office is watching him. Assembly Democrats may be more concerned about their donor base. Silver funnels large amounts of money to Assemblymembers in competitive districts using his close ties to unions, corporations, trade groups and lobbyists. (Data analyst Jon Reznick has been doing interesting work uncovering the full scope of Silver’s fundraising operations.) The rest of the Assembly is likely concerned about whether it can maintain these donor relationships without Silver, especially given how little energy some members have put into building grassroots support in their home districts.

Avoiding a messy succession fight at the beginning of the budget session is a reasonable concern, but it can easily be avoided, and is not a reason to retain Silver as Speaker. Of the five senior Assemblymembers now slated to run the Assembly by committee, one could serve as Speaker. In return, he or she would agree not to run for Speaker in June, at the close of the legislative session. The Speaker chosen at that time would be the new permanent Speaker, and Silver would not be a candidate. My own preference would be to hold a new Speaker’s race now, while the public is watching, to minimize the influence of special interests, but those prospects seem doubtful.

Four days after the New York Times broke the story of Sheldon Silver’s arrest, State Senator Brad Hoylman and Assemblyman Charles Barron remained the only Democrats who called on him to resign. This was disappointing, unsurprising, and potentially damaging to the Democratic brand in New York. Electeds afraid to speak out now should be denied the microphone to pile on when Silver eventually is convicted. Assemblymembers who continue to back Silver throughout the winter should be primaried. The word “progressive” has a proud history in New York and the United States, and fighting corruption, regardless of party, is supposed to be a core tenet. Maybe for Assemblymembers who have served under Sheldon Silver, we couldn’t have expected any better.

Sheldon Silver’s removal from the Speakership must be followed by his removal from the Assembly, either by conviction in court, plea agreement or defeat at the ballot box. If by conviction or plea agreement, he must also be banned from working as a lobbyist in Albany. We have a lot of cleaning up to do, but it’s nice to finally get started. Assembly Democrats can begin by demanding that Silver permanently relinquish any leadership role during their meeting this afternoon.