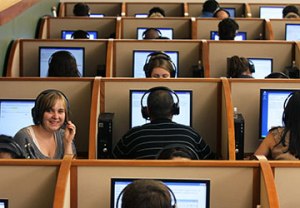 This is where the magic happens. Image courtesy of Quinnipiac University Polling Institute.

There’s been some buzz about the latest Quinnipiac poll numbers showing that Mayor de Blasio’s support has dropped to 44%. But does a number like that even mean anything? Much to their credit, Quinnipiac has provided a treasure trove of data, including reference points from past administrations, which allows us to take a closer look.

Much of political polling is barely scientific. One wonders who sits on their landlines to answer fifteen-minute surveys with complete strangers. Even more problematic, polling supposes people have any idea what the questions are about. I once asked a prominent pollster how we could even pretend to know what percentage of Americans “supported or opposed the ‘nuclear option’ in the Senate,” when barely anyone I knew had the faintest idea what that meant. He had no response, and admitted pollsters don’t measure for depth of knowledge.

Yet polling data sets can be useful over time. Because we can track New Yorkers’ evolving view of Bill de Blasio and city life over a period of months and years, we can suss out what direction things are moving.

Here are Janos.nyc’s 10 Fun Takeaways from the latest poll numbers:

1. New Yorkers have soured on Mayor de Blasio since he took office – but history suggests that this is ok.

De Blasio’s approval splits right now are 44% approval, 40% disapproval, 16% don’t know/didn’t answer. Compared to soon after his inauguration in 2014, when his splits were 53/13/34, that doesn’t seem great. Nor does is it encouraging that his numbers have dipped for six polls in a row over 17 months.

Mayor Bloomberg taught us that sacrificing political popularity to make big moves is worthwhile in the long run. At this point in his mayoralty, his approval rating was in the low 30s. He had passed a property tax hike, cigarette tax hike, banned smoking in bars, and wrestled mayoral control of the school system. People didn’t like the guy. But in the long run, the smoking ban proved wildly successful, the tax hikes stabilized city finances, and mayoral control is likely here to stay. By 2004 (his third year), Bloomberg’s numbers had stabilized, and he cruised to a second term in 2005.

I’m sure some people have turned on Mayor de Blasio because they don’t like his national gallivanting or his tardiness, but if he was going to take hits for his actual programs, best to take the hits now, at the beginning of his term, leaving plenty of time to watch things like Pre-K and Paid Sick Leave develop before the next election.

De Blasio’s strongest base of support, by far, is black New Yorkers, who give him at least 60% support on virtually every question. When it comes to race relations, 75% think he is going a good job, despite the agitation of the Black Lives Matter crowd. Only half as many whites (38%) feel the same way. Pair that with the question of whether de Blasio “understands the problems of people like you,” to which the blacks (76%) again trump whites (36%) and you find very unusual numbers for a white mayor. White Republicans (who presumably dislike de Blasio) make up too small a percentage of the population to account for this disparity.

3. New Yorkers are getting nervous about crime.

De Blasio’s approval on handling crime has plunged from 58/23 to 42/49 in 14 months. That seems calamitous for one of the bread and butter issues on which a mayor is graded, but ultimately this isn’t a huge deal. First, his polling on crime has see-sawed throughout the last year; it’s not in a steady free-fall. Second, the NYPD is reporting that crime is not getting worse. While there’s no need to believe their statistics, intuitively, do a fifth of New Yorkers really feel like safety in the city has discernibly changed in the last year? This polling result is likely the result of grisly headlines, like the hammer-man on the loose and the tragic death of Officer Moore two weeks ago. I can’t imagine someone successfully running against de Blasio on a “crime is out of control” platform. This ain’t the early 90s.

4. New Yorkers are pretty “meh” about their city, as usual.

Were things always this way? It turns out people loved the 90s. In a 1998 poll on this question, a whopping 18% of New Yorkers said they were “very satisfied” and 58% said they were “somewhat satisfied.” (18/58/18/5.) New York’s low point came five years later, when the splits broke down 7/23/32/38. No wonder Bloomberg’s poll numbers were so low, New Yorkers were just in a bad mood! You can probably chalk that dramatic collapse to 9/11, the recession, and Bloomberg/Bush hostility. Peoples’ satisfaction with New York seemed to drop precipitously when I left for college, but I don’t know how much my departure was felt outside of the Upper West Side.

One final note of interest on “satisfaction”: People break down almost identically on this question no matter their race, gender or age. The main outliers are Manhattanites, who are the most satisfied, and Staten Islanders, who are the least satisfied.

Dear reader, if you don’t work in politics, tell me if you know who all of these people are. The nice thing about Comptroller Stringer and Public Advocate James’ jobs is that most of their headlines are self-generated, not many journalists pick up the pen to write about either office unless it’s in response to a press release or a scandal.

Scott Stringer’s poll splits (53 approve/17 disapprove/30 don’t know) look pretty good, except that 14 months ago it was 53/12/35. That means most of the people who didn’t know about him then still don’t, and those who now do mostly don’t like what they see. Still he’ll comfortably coast to re-election as comptroller. If he runs for mayor, as many say he is pondering, he’ll probably have to cede the black vote to de Blasio, which is too bad, because they are also Stringer’s strongest supporters.

The numbers for Letitia James tell a similar story. Her splits (43/19/39) are virtually unmoved from 14 months ago (44/16/40). She was in the news briefly on the body camera issue, especially around the death of Eric Garner, but that’s about it. She’ll probably run unopposed for re-election, but at some point people might start wondering (again) why we have this elected position. (If they know it exists at all.)

City Council Speaker Melissa Mark-Viverito clocks in at 38/23/39, a little dip from 41/15/44 when she started as speaker. It’s a little surprising so few New Yorkers know about her. If poll respondents were told, “whenever you read about the City Council doing stuff in the paper, that involves her,” her “don’t know” numbers would probably go down.

Some people have strong feelings on charter schools. According to this polling, New Yorkers loosely support them, and think their numbers should be increased or stay the same. On the other hand, a majority thinks they should pay rent for using public school space, which many charter schools say would put them out of business.

More interesting is this: only 2% of white New Yorkers have a child in a charter school or on the waiting list, compared to 11% of black and Hispanic New Yorkers. (That number isn’t huge either.) Given the prominent white voices we hear on both sides of the debate, it’s worth noting how few white children are in the charter school system. For what it’s worth, white and black poll pretty similarly on these issues, while Hispanics are super supportive. I’d like to hear their voices more in this debate.

As for New Yorkers’ take on public schools, folks are as disgruntled as usual. After hitting a low point shortly after Mayor Bloomberg won mayoral control (12% approval), New Yorkers’ approval/disapproval split on public schools has usually hovered around 25/60, give or take. New Yorkers don’t like what they see, and they don’t know what to do about it. A majority wanted the mayor to “share control” of the school system, a phrase so vague as to be meaningless. As we’ll see next, New Yorkers are even more confused about testing.

7. New Yorkers are confused/confusing when it comes to state testing.

A strong majority (57%-37%) of New Yorkers don’t think tests should be used to evaluate teachers. This applies to every demographic, including Republicans. Ok, so that settles it, right?

Unfortunately, the populace confuses easily. The very next question asks whether tests should represent 100%, 75%, 50%, 25% or no part of a teacher’s evaluation. It’s essentially a more specific version of the previous question. Theoretically, 57% of New Yorkers should answer that tests should play no part in teacher evaluations.

Instead, nearly half think tests should account for 50% or more of teacher evaluations, and three-quarters of New Yorkers think tests should count for at least 25% of teacher evaluations. Only 22% say they shouldn’t count at all. Also, the strongest supporters of tests evaluating teachers, by far, are Hispanics, which seems odd, given the language barriers in standardized testing.

As if we need more confusion, an overwhelming 59% of New Yorkers think tests don’t measure student learning, but 49% of New Yorkers don’t think kids should be able to opt out, which means a certain cross-section of people want to force kids to take tests that they don’t think measure learning.

This cognitive dissonance comes up on at least one question every time I deep-dive a poll. For example, a few months ago, when we were discussing legislators’ outside income, people thought full-time legislators should make $100,000 a year, but were strongly opposed to giving them a raise. (State legislators currently make $79,500.)

This struck me as a weird question: “Who do you think most closely represents your political views, Governor Andrew Cuomo, New York City Mayor Bill de Blasio, or neither?” Future gubernatorial primary?

Of course, plenty of Republicans and Independents said “neither,” but more shockingly, so did 26% of Democrats. (Another 4% didn’t know.) Given that de Blasio is trying to champion himself as the leader of the new left, and Cuomo is a very moderate governor, I wonder who these “neither” Democrats would identify with.

Now that’s he gone, people are happy to pile on Michael Bloomberg, as if he didn’t get elected three times. In fact, one of the confounding things about Bloomberg is that for all of his personal unlikeability, most people thought he was doing a great job, never more so than his second term.

In July 2005, right before his first re-election, Bloomberg’s approval hit 60% for the first time, climbing to 75% after the election. His approval over the next few years reached as high as 83% among whites, 78% among blacks, and 70% among Hispanics. Bloomberg’s numbers held in the 70s from 2006-2008 and in the 60s for 2009-1010 until tumbling in the winter of 2011 due to snow-storm mismanagement and his misguided nomination of Cathie Black for Schools Chancellor. Perhaps a better comparison would be Roger Federer, since he and Bloomberg peaked around the same time.

10. Rudy Giuliani once had a 6% approval rating among black New Yorkers.

That’s not a typo. In April of 2000, this mayor of a majority-minority city was supported by only one out of every sixteen black New Yorkers. Granted, this was after a series of heinous NYPD incidents like the shooting of Amadou Diallo and the sodomizing of Abner Louima, and after Rudy had announced as a Republican candidate for Senate. These numbers did inch up after 9/11. But wow, man, 6%? Next time you hear someone say Rudy was racially divisive, remember that number.